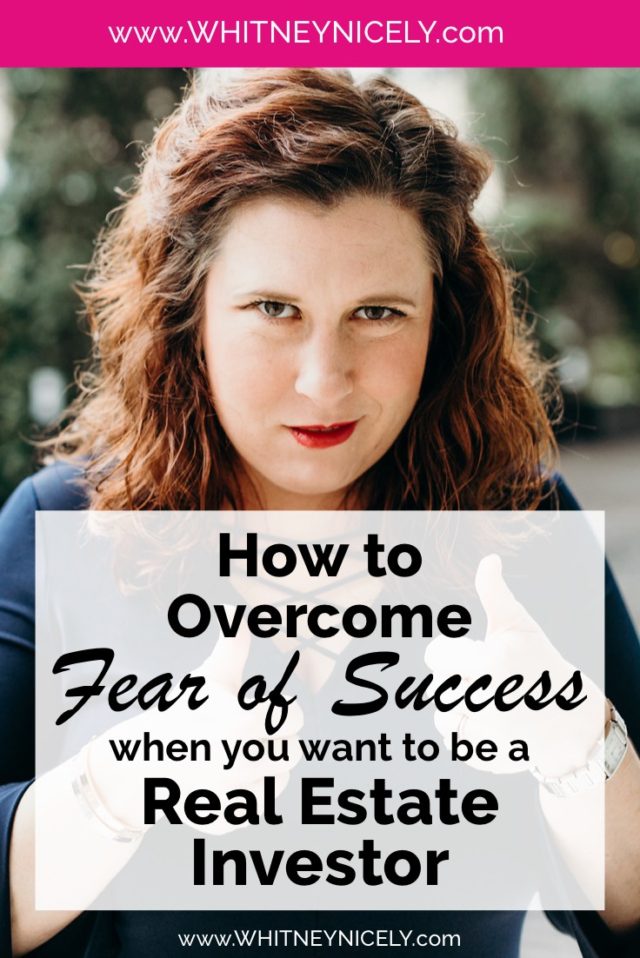 I remember when I put my dreams of hold because of the fear of success.  My life was lived vicariously through these monthly trips to Florida a friend of mine and I would take, but slaved away the rest of my time at my family’s trucking business.  I lived for those weekends away.

One day another friend of mine said, “Whitney, you love Florida.  Why don’t you just move there?”

Deep inside I could feel this stirring of emotions: the fear of success, and the guilt of hope.  I knew I was afraid that if I took that leap and moved down there that nothing was for certain.  There was no guarantee I could make it work.  My skills were not ones that I could truly depend on to help me find a good job.

And, right along with my fear of success came it’s brother: guilt.  I felt guilty because I dared to have this dream of leaving the family business.  All my life I had watched my parents build this empire.  I knew that I was supposed to follow after them and begin moving up in the company to higher positions and greater responsibility.

Yet, here I was craving a whole different existence.  Guilt.

Right alongside of these twisting emotions I had another fight in my head about daring to say, “I can’t.”  I had been taught by my coach in high school that can’t was a word that was not allowed in my vocabulary. And, here I was using it….  Guilt.

It was then that I learned what it felt like to live with the fear of success, and the guilt that followed.  But, I did not stay there.

The Fear of Success Lingers Until It’s Addressed

It took a few years for this simmering fear of success and it’s accompanying guilt to weigh me down enough to make a change.  Eventually I decided that enough was enough and that it was time to face these feelings with action, and do something.

So I did.  I took action and began buying real estate.

And, I failed.  I failed horribly.  I went broke so fast, and blasted through even my brother’s life savings.  For years I had watched my mom buy real estate by scrimping and saving every penny she could save to buy a house, and then receiving rent back to slowly pay herself back.  So, that’s what I did.  And, I went broke.

Then, I received a new opportunity to learn about creative financing.  And, I was hooked.  Suddenly this dream of mine had feet and a path that I could follow, where other people could teach me how to do what I wanted to do.

But, then the fear of success entered in again.  “You can’t really do this. How much money to do have right now?  Nothing. Are you crazy? You’ve already failed.”

And, the guilt came along for the ride, too.  “What are you thinking, leaving the family business?  How selfish can you be? All for this silly dream that won’t even work out….”

I didn’t listen.  Even with these feelings and fears I asked for the time off, flew to Florida to take the courses and seminars, and took action to change my life forever.  And, I’ve never looked back.

Here’s what I learned: the fear of success does not just go away on it’s own.

When I finally took action and faced my fear of success, I realized that this same feeling I had was the same one that crept up years before.  It had not gone anywhere in all of those years.  That fear had simply sunk behind me and lingered until it had a place to speak again.

But, this time I was having none of it.  For years I had been living with this fear of success and the guilt that followed, and it sucked.  My life felt empty and void of joy.  I craved more, and was finally ready to do it no matter what.

So, I smacked down that fear of success and that guilt, and told them I was doing this.  Period.  For five years I had stopped myself from living my life to its fullest because of these feelings.  And I was done.

It was hard, but worth it.

My eyes were set on my goals, and I plowed through the feelings I had with action.

And, by the end of the second year, I was able to retire from trucking and live on the passive income I had built with investing. 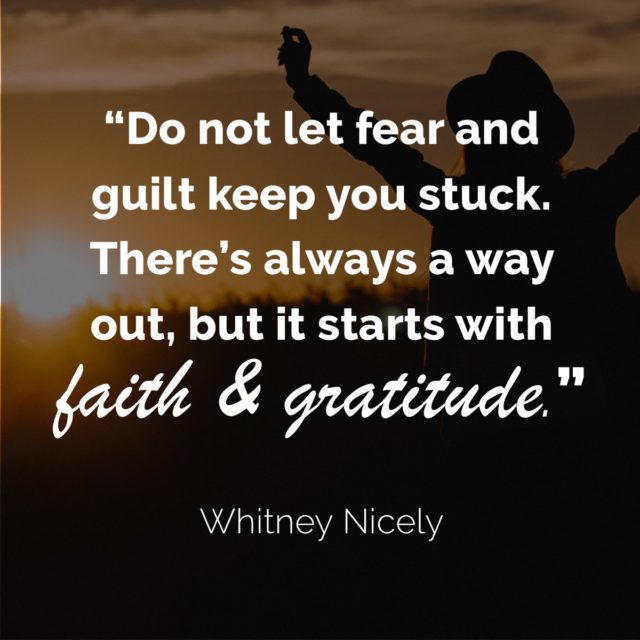 Three Critical Traits to Develop to Overcome the Fear of Success

All of this success I have had has been built on the back of a few traits I had to develop.

Have Faith in Your Dream

For year I had set my life plans on the side burner out of a skewed sense of responsibility.  But, when I finally decided that enough was enough I had faith that my dream was important, too.  At that point I knew that I could bring a better version of myself and leave an actual legacy in my life.  I had faith that I was made for more.  And, I was.

Grateful to Be My Best

I was a shell.  Day after day I worked long hours at the trucking business, with very little life to show for it.  So, when I embraced that I was made for more I constantly gave thanks that my dream was going to provide me the opportunity to live my best life.  I was grateful; for the opportunity, for the dream, for the actions, everything.

When I really dug in, I decided enough was enough.  I decided that I was no longer going to be controlled by my fear of success and my guilt.  My life was worth more than the drained and empty existence I had.  And, I took action.  I pressed through the feelings by doing.  Courses, seminars, investing in a mentor, buying and flipping houses, making deals, etc. I did one action after another, and never ever stopped.

And my life has never been the same.

It’s time to shut down fear and guilt.  In their place instead choose faith and gratitude.  That was the devil does not get to control your life.  When we speak out what he is telling us, whispering into our ears, we give him power.  So, instead, speak the Truth.  Have the faith that God has a plan in all of this, and be grateful that He is going to bring the pieces together for your dreams.

I’m not talking about a feel good thing here.  The feelings may not change right away. Faith and gratitude are not feelings.  They are intentional thoughts. Be intentional with what you focus your mind on.  Reject the lies, and center your thoughts on the Truth.

You were made for more.  The dreams within you matter.  You can do this.

Are you ready to change your life, too?

My heart and soul is invested in teaching other women to become successful real estate investors, too.  This is why I have all my courses on the nuts and bolts of investing.  FDDF is incredible, and I love seeing my ladies succeed and blast through with action!

But, so many of us struggle with these same lies that I knew it was time to put together something to address them specifically.  This is why my brand new Money Mindset course is now finally open!  The devil truly loves to hold us back as much as he can.  But, if you’re ready to tell him to shut up, and take action to change your life, we need to talk.

Your life matters.  The dreams you have matter.  So, what’s holding you back?

Do not let fear and guilt keep you stuck in a rut.  There’s always a way out, but it starts with faith and gratitude.  I believe in your dreams and your purpose.  So, now it’s time for you to invest in them, too.  You can do this.  Let’s get to work.

What happens to you when you begin to dream?  Are there thoughts that come to mind?  What gets in your way?  Comment below and share.  We are all united in this fight! 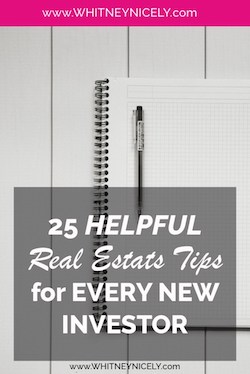 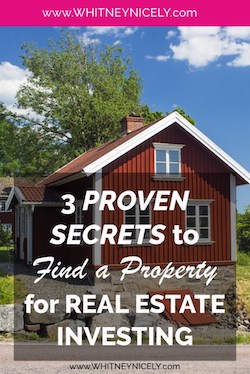 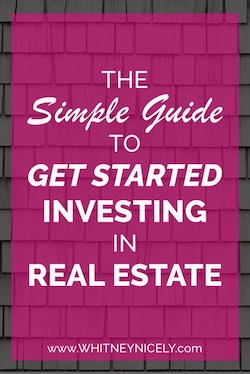